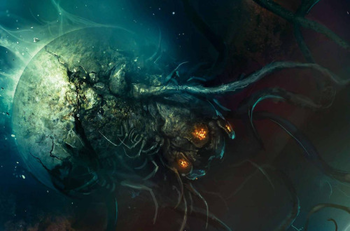 The entire DLC counts as this. The developers said that Awakened was intended from the start to hark back to the terror of the first 2 games, and even surpass it.

With 3 chapters chock full of Mind Rape, Body Horror and self-mutilation, they succeed to quite an extent. And you thought the Necromorphs were scary.