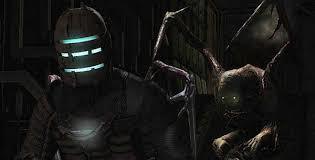 Stuck in the deepest reaches of space, on a deserted ship. What was meant to be a simple repair mission becomes a heart-pounding fight for survival. And as they all say, in space... nobody can hear you scream bloody murder...

Before we begin, let's make one thing clear: you are not a marine. You are not a supersoldier, police officer or badass (until the end). You are just the everyman who was on his way to work, but now you're fighting things that killed the marines, many of which have more legs than a bucket of chicken. Your weapons: One welding gun. Good luck not dying.
Dead Space
Dead Space: Mobile