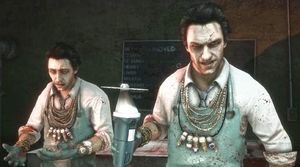 "I'm a businessman. And you're my next export... sunshine."