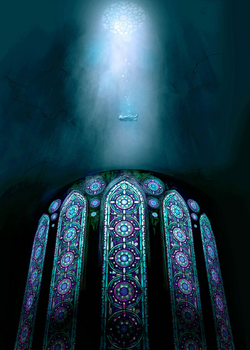 Wake up, Sora. Wake up and smell the ashes.
Advertisement:

The image on the right depicts some ghostly, ethereal place in the midst of an abyss of total darkness.

And that's just the tutorial level.