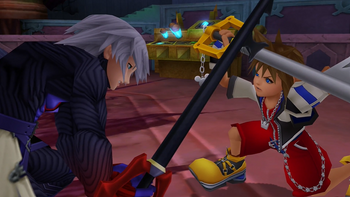 "There's no way you're taking Kairi's heart!"
WARNING: Spoilers are off on Awesome Moments pages.
Advertisement: