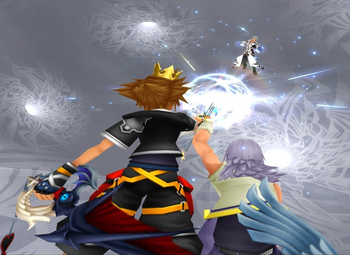 "That doesn't mean YOU'RE eternal."
Advertisement:

When you mix Disney and Square, you best expect awesome moments, and luckily Kingdom Hearts has plenty of them!

Games with their own page