WARNING: Per wiki policy, Spoilers Off applies to Moment of Awesome pages. All spoilers will be unmarked. 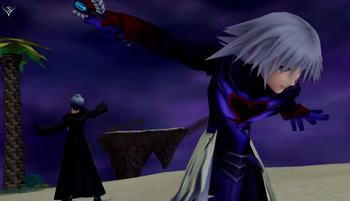 Riku finally proves to himself that Dark Is Not Evil and gives us an amazing Moment of Awesome.