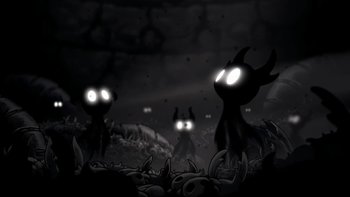 Hollow Knight is a game that thrives on creating an atmosphere. Heaven help you when the atmosphere it wants to create is scary.