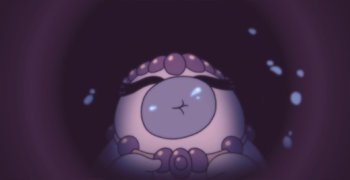 Even in a setting as bleak as the ruins of Hallownest, there's humor to be found.