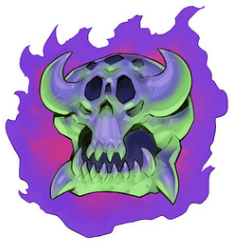 Do do do do dooo doooo doooooo...

The Kid Icarus series is another reminder that just because a series looks cute doesn't mean it doesn't have scary moments.

ALL spoilers below are UNMARKED per wiki policy. Read at your own risk! You Have Been Warned.