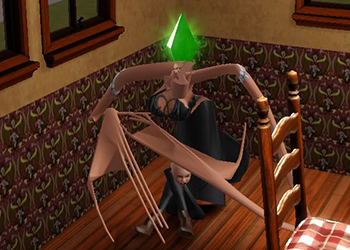 She doesn't look too well.