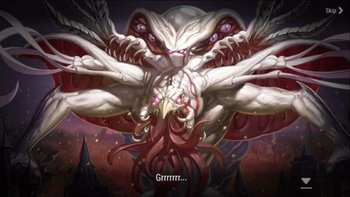 This is the creature that came close to destroying the world once and for all.