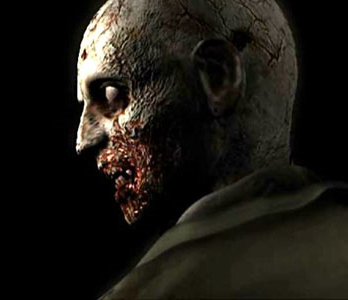 Do you mind? I'm trying to eat here.

...Are the faint sounds of footsteps those of survivors?

Don't let the numerous cheesy voice overs and infamously corny lines fool you. With more living dead, terrifying abominations and Body Horror than you can shake a stick at, the Resident Evil series is a Nightmare Sandwich in video game form.

Note: Only put Nightmare Fuel for the entire series on this page. Other games and movies have their own pages. Use the index to create and fill these pages.