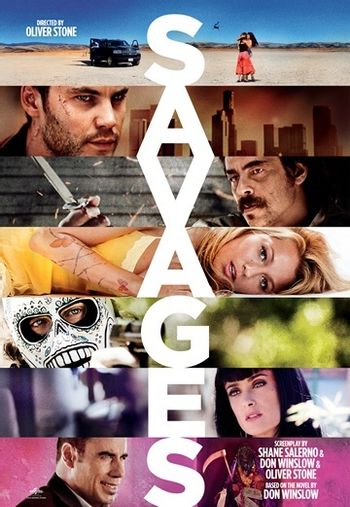 Ben (Johnson) and Chon (Kitsch) are partners in marijuana dealing and share everything - including O (Lively), short for Ophelia. A big-time Mexican drug cartel led by Elena (Hayek) and Lado (Del Toro) kidnap her... big mistake.