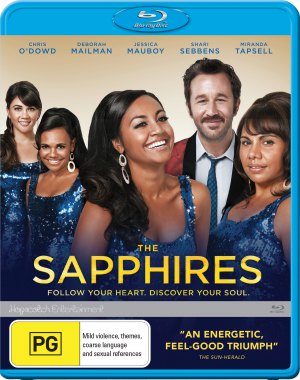 The Sapphires is a 2012 Australian dramedy starring Jessica Mauboy, Chris O'Dowd and Deborah Mailman adapted from the successful stage play of the same name.

Growing up in a remote indigenous community, sisters Gail, Cynthia and Julie have always been singing and performing for their family. After enduring an unsuccessful attempt to win ten dollars in a local talent show, the girls are pursued by the talent show MC David Lovelace, who offers to manage their next audition: a gig touring Vietnam and performing for the troops. The girls accept and are joined by their city-raised cousin Kay performing as The Sapphires.