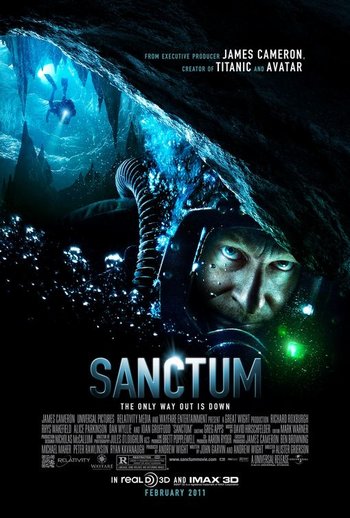 Sanctum is a 2011 film written by Andrew Wight and executive produced by James Cameron, among others.

Very loosely based on Wight's near-fatal 1988 expedition of Australia's Nullarbor cave system, the film follows master diver Frank McGuire and his crew, including his son Josh, on an expedition in the unexplored Esa'ala Cave system in Papua New Guinea. When a tropical storm starts flooding the cave, cutting them off from their planned exit, the crew must explore the uncharted and flooded caverns in order to find another way out.