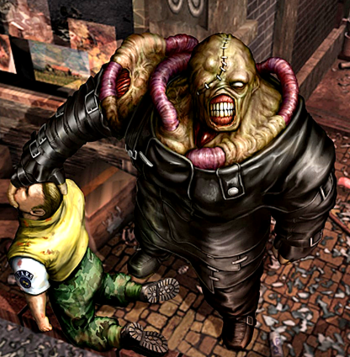 Who were you expecting, Pyramid Head?