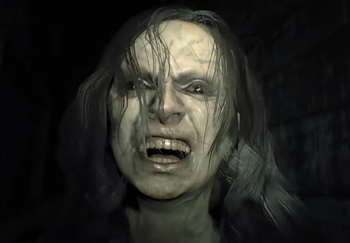 If you thought this game would be anything like the over-the-top action of the previous games, you are dead wrong. Resident Evil is revisiting its roots, and bringing some old school Survival Horror with it...

open/close all folders
Trailers & Demo
The Game Itself