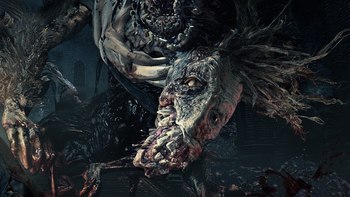 "An unsightly beast... a great terror looms...! Ludwig the Accursed is coming..."
Bloodborne, as a spiritual successor to Dark Souls and Demon's Souls, was bound to include plenty of nightmare-inducing elements. Indeed, this game features horrors that put even the aforementioned titles to shame.