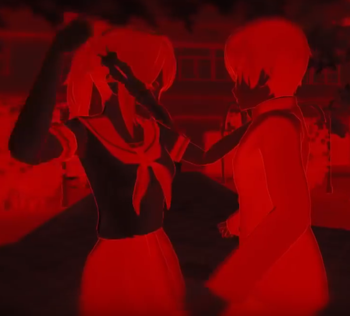 Hell hath no fury like a woman scorned...
Advertisement:

This game serves as a Deconstruction of the Yandere and Stalker with a Crush character archetypes. It's kind of a given that this game opens itself to a lot of grotesque and macabre stuff.