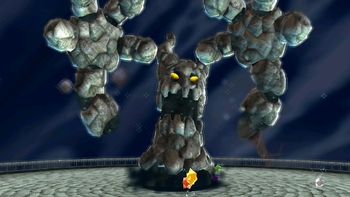 Think he's scary now? Wait until you're fighting him as a One-Hit Point Wonder.
All spoilers are UNMARKED per wiki policy. Read at your own risk! You Have Been Warned.