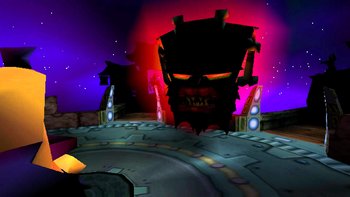 None have dared to fail the great Uka Uka even once! But you, Cortex, you have failed me TWICE!!!