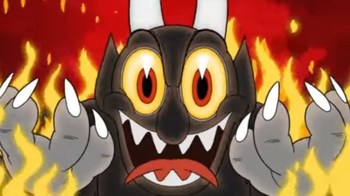 Cuphead is inspired by 1930s cartoons. While it does look cutesy, it tries to invoke all the creepiness of that animation era as well.