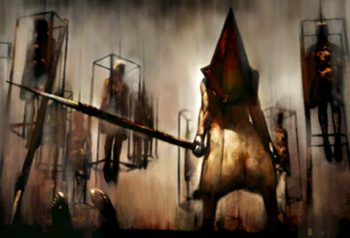 Misty day, remains of the Judgment.

As Silent Hill 2 is one of the most haunting video games of all time, expect to see a lot of Nightmare Fuel in this section.

The Town & Manifestations
Other Horrors