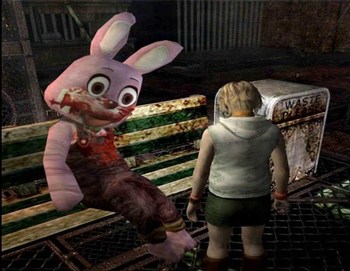 The funnest place in town.

In a series with some of the scariest things in gaming history, many consider Silent Hill 3 to be the most terrifying out of all of them. With very good reason.

open/close all folders
Level - Brookhaven Hospital
Level - Lakeside Amusement Park
The amusement park is notable for the fact that only its Otherworld is explored in gameplay, so technically it does belong in the Otherworld folder. However, it's in this folder for more ease in locating.