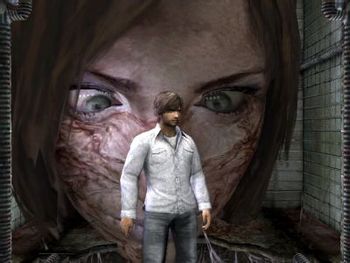 And then the controller was thrown and the console forcibly shut off... Sleep well, people!
Advertisement:

In my restless dreams, I see that town... Silent Hill. So do we.