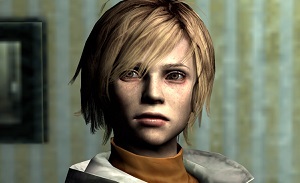 Is this a dream? It's gotta be... not even a kid could believe in this... but when am I gonna wake up?

The main protagonist, a spunky 17-year-old girl whose shopping day takes a turn for the horrendous when her town is influenced by the Otherworld of Silent Hill. As it turns out, the Order has a great interest in her that even she isn't quite aware of, and they've finally caught up with her after years of hiding with her father in secrecy.

Her real name is Cheryl Mason, the daughter of former protagonist Harry Mason from the first game, and the reincarnated form of the Order's sacrificial maiden Alessa Gillespie. 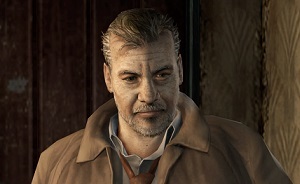 A Private Detective hired by Claudia to bring Heather back to Silent Hill. After scaring her off and showing he's also seeing the monsters, he sympathizes with her and takes her side instead, helping her against the Order. 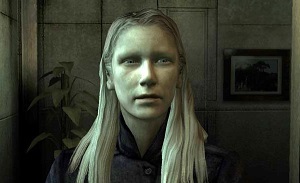 They've come to witness the Beginning. The rebirth of Paradise, despoiled by mankind.

A high-ranking member of the Order within the Valtiel Sect. The main antagonist, Claudia seeks to bring forth the Order's god through Heather and fulfill the Order's goal of ushering Paradise. 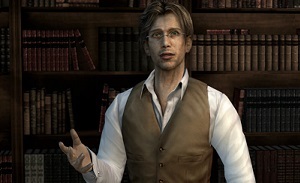 Heather... that's what you're called now, isn't it?

A mysterious man who seems to have connections with Claudia and the Order, following Heather around and either teasing her or offering cryptic advice.

"Death to all who turn their backs on God!" 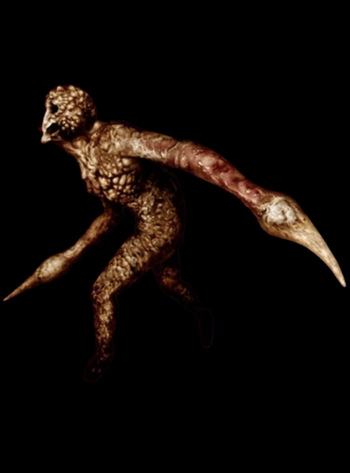 A member of the Order and Claudia's abusive father. His religious fanaticism eventually rendered him completely insane even by the Order's standards and they had him committed to Brookhaven Hospital, with Heather going after him in order to acquire the Seal of Metatron... Except Leonard might be a little more than just insane. 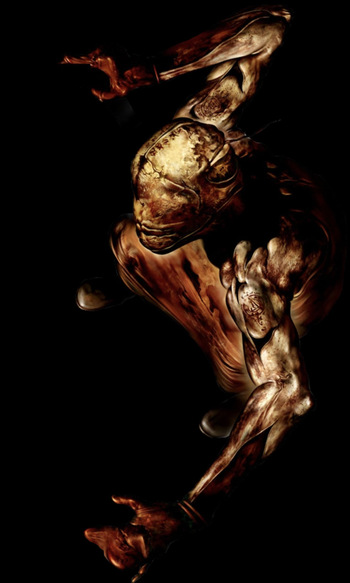 A creature worshipped by the Order, with an entire sect dedicated to it alone. He often appears throughout the story as an important yet unsettling presence, heralding the arrival of the Order's deity and ensuring it's preservation should Heather die. 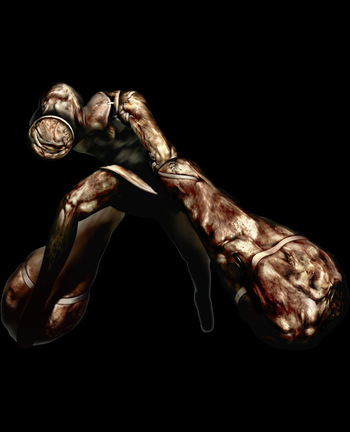 An enormous humanoid monster with large club-like arms, the first monster killed by Heather in the Otherworld. 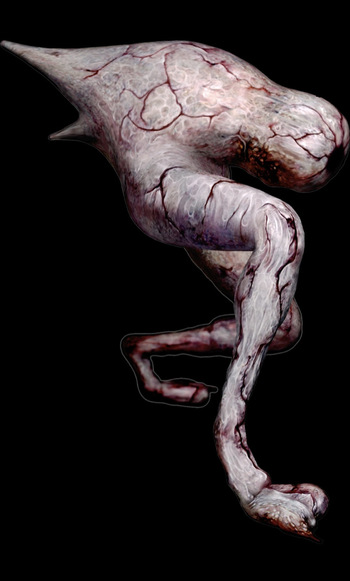 A weak, half-formed monster that hobbles around on two legs, shifting the weight of its protuberant back around, seen mostly during the first half of the game. 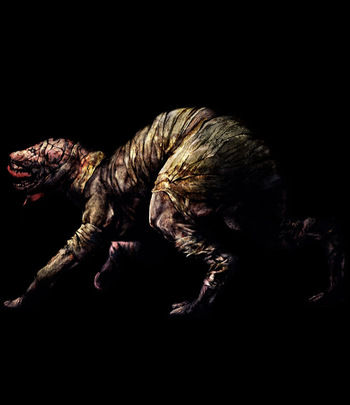 A canine creature covered in bandages and with a head split down the middle. They walk in packs and attack Heather on sight. 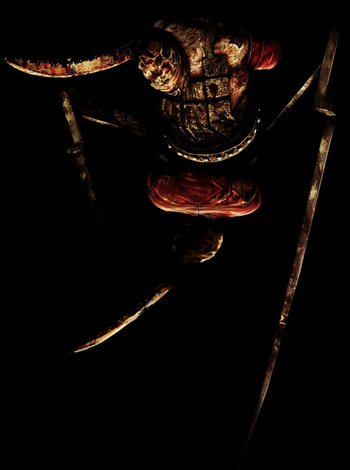 A bizarre creature made of two flipping torsos, surrounded by blades. It floats in the air without any obvious means to do so. 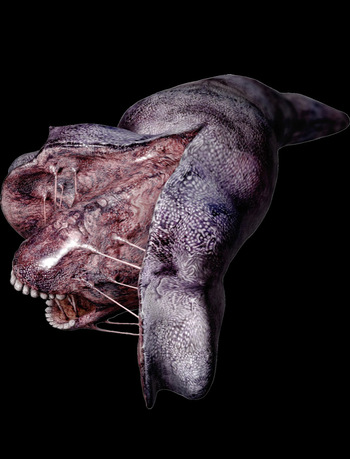 The first boss, a suspicious-looking worm creature fought at the end of the Otherworld Central Square Shopping Mall. Heather must kill it in order to end the living nightmare she's trapped in at the beginning.

It also appears as a boss in The Arcade during the Toluca Prison section, fought in the middle of Toluca Lake during a trip to the Otherworld. 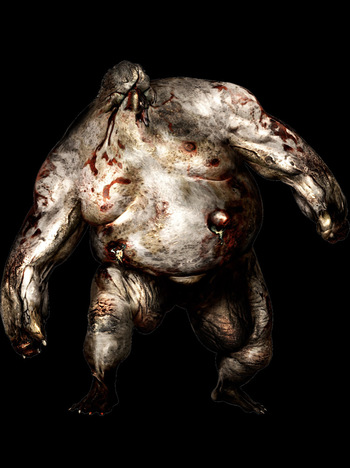 A bloated monstrosity that’s hard to kill and hits like a bowling ball. First spotted in the Hazel Street Station after acquiring the shotgun. 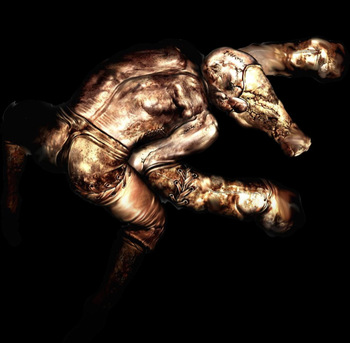 Monster in the Sewers 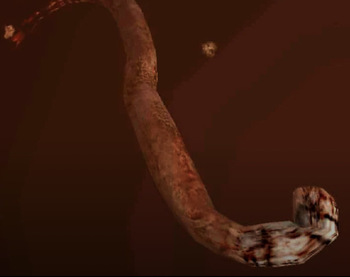 An unnamed creature found in the Underpass. Mostly unseen, it will attack Heather and kill her instantly should she attempt to cross a certain bridge, but it can't be killed through direct confrontation. 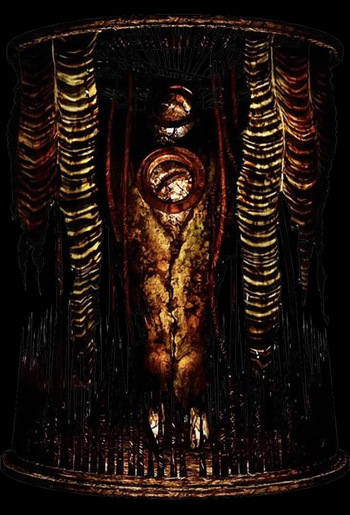 A large monster that blocks the exit of the Otherworld Hilltop Center, standing in Heather's way. The only way to make it vanish is to find all the pages of a fairytale about a similar monster. 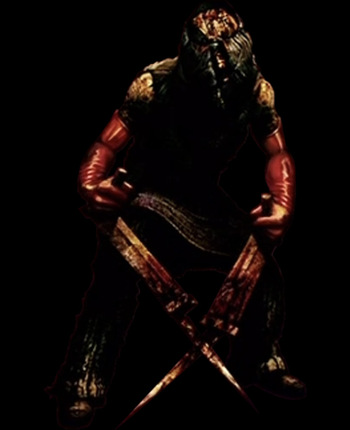 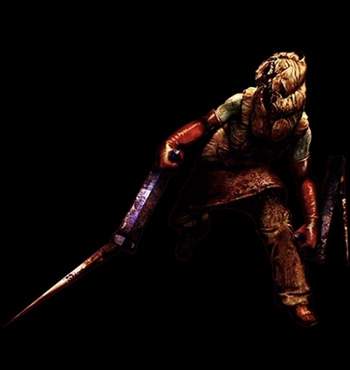 Ambiguously Human creatures connected with the Order; the Missionary is faced as a boss after he kills Harry on Claudia’s orders, while the weaker Scraper appears later as a minor enemy in the Chapel. 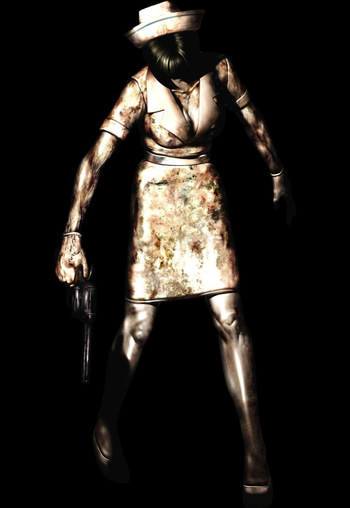 A staple in the series, this time having a full head of hair and malformed faces.

Memory of Alessa (SPOILERS UNMARKED)
"It would be better for "myself" to die. After all, it's nothing to be afraid of... That child... that demon... When I think of the endless pain it will bring when it is birthed... I decided that, instead of the suffering and cruelty I endured in that sick room... That I would like to bestow a more gentle and peaceful death on "myself". Why do "I" resist? I never thought of "myself" as such a fool..." 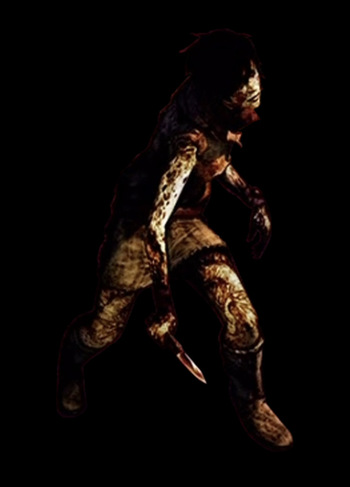 At the climax of her journey, Alessa's presence finally makes itself physically known to Heather as she prepares to head for the Chapel through the Lakeside Amusement Park, trying to put an end to "herself" so the God fetus within Heather won't be born. 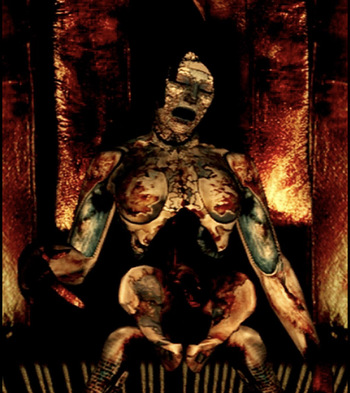 After Claudia consumes the fetus expelled from Heather by the Aglaophotis, Valtiel whisks her away to an underground chamber beneath the Chapel with Heather right behind them. Down there, she faces the fruit of Claudia's haste and religious delusion: a malformed monstrosity bearing Alessa's visage, and the final enemy in Heather's way.

Stanley Coleman
"Oh, how I love you, Heather."

A patient at Brookhaven Hospital who's obsessively infatuated with Heather, leaving a series of notes around the place describing his feelings for her. The problem is that it's difficult to say if he's really in there at all.

Lakeside Amusement Park's mascot, a white cartoon rabbit with overalls that always looks very cheerful, very animated, and very bloody. Introduced in 3, he's since become a series staple, appearing as a cameo in other games of the franchise and even some outside of it.