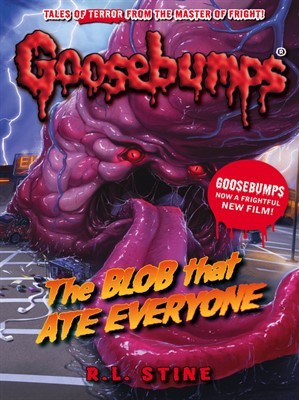 He's no picky eater!
Wraith Queen: Your will is strong. This one begged for his life.
Colonel Sumner: Is that the kind of treatment I can expect for myself and my people?
Wraith Queen: As I have said, all living things must eat.
— Stargate Atlantis, "Rising"
Advertisement:

They commit acts of evil. They kill and torture. Why? Not for fun, not for profit, not because they hold any grudge against their victims. Nope, it's because their very existence and survival depend on it. Maybe they actually need to eat some specific food like vampires, maybe they feed on your pain, maybe they feed on your brain, maybe some supernatural curse demands human sacrifices from them in exchange for sparing their life.

This, similar to introducing Always Chaotic Evil people, is an easy way to create conflict that can be resolved only with violence, as you clearly can't negotiate with someone or something that needs to kill you to survive. A Hungry Menace can be depicted in several different ways — from the horrible abomination that must be slain for the good of everyone to a Non-Malicious Monster or even a natural part of the universe that is not evil at all.

If such a being kills and tortures to extend its life beyond its natural span, it's Immortality Immorality; the tropes have a similar, but different, dynamic, as Immortality Immorality presents not doing amoral things and dying as the natural and only good solution for this problem, while the Hungry Menace is more ambiguous. See also; Horror Hunger, One-Track-Minded Hunger, Face–Monster Turn and Phlebotinum Muncher. For a typical hero response, see Guilt-Free Extermination War.