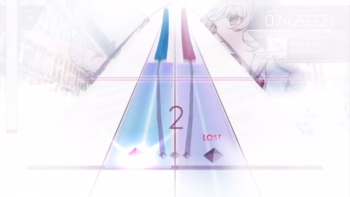 It's behind you. LOST