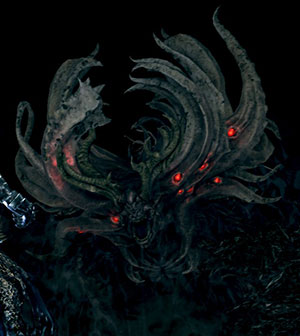 Dark Souls, being a game based on a Dark Fantasy setting, has its share of scary, nightmare-inducing elements.