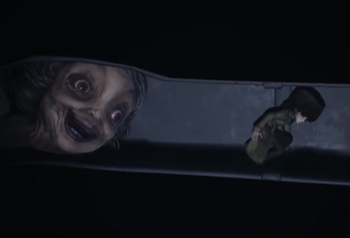 If the last game and the title didn't already tip you off, this game is not for the faint of heart. You thought The Maw was bad?
Advertisement:

The Pale City will make you want to go back.

WARNING: Nightmare Fuel pages on TV Tropes have a Spoilers Off policy. All spoilers below will be unmarked. You have been warned!