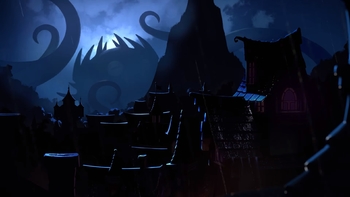 "There's an evil that's been dreaming... but now it's softly screaming..."
Advertisement: