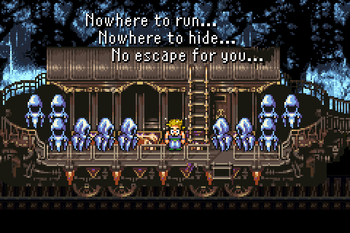 This is before the World of Ruin, by the way.
Advertisement:

Keep in mind this game inspired the less fantasy-ish route the series took with further installments, with a parallel route filled with increasing horror following the former.