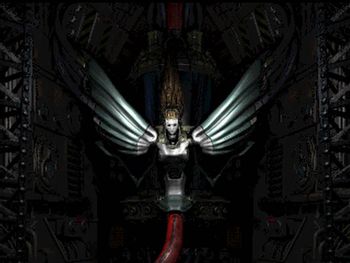 Somewhere along the line, the nail-bitingly popular Final Fantasy went from a series about knights battling dragons with the occasional surprise encounter and scary monster sprite, to some seriously screwed-up crazy stuff.