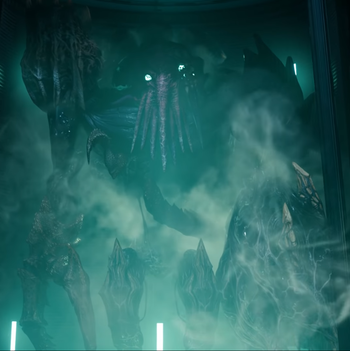 Specimen isn't the only Mako-Monster in here...
It wouldn't be Final Fantasy without some things that looked like they came straight from hell.
Advertisement:

All spoilers are unmarked. You have been warned.