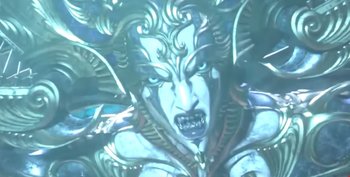 Behold the Face of God. Feel free to Freak Out!
Considering the game is the final stretch in the End of the World as We Know It where God Himself is the driving force behind the end of the world, you can guess the nightmares get pretty surreal.