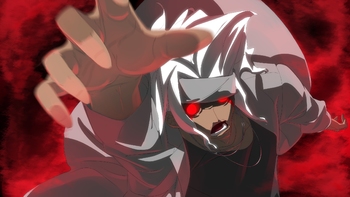 Perhaps it was for the best that it took 5 years for Under Night In-Birth to get a story mode, because the story and world of the game is straight-up terrifying.