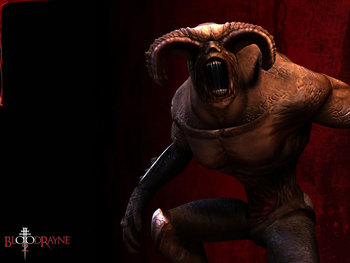 Our Vampires Are Scarier
While BloodRayne is not a survival horror game, it has so many horror elements and extreme violence that could fill gallons of Nightmare Fuel.