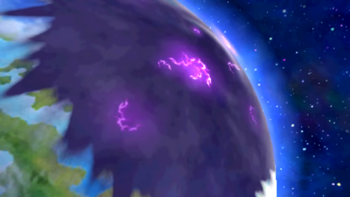 Talk about being completely and utterly screwed.
Advertisement:

Everyone's familiar with Pokémon, right? Maybe you're familiar with the Pokémon Mystery Dungeon spinoffs. You know, the delightful little game with the creatures everyone knows and loves, a partner who will be there when you need them (and when they need you), colorful, happy environments, and... enough Nightmare Fuel to rival the works of H. P. Lovecraft?