Overall, this game takes the Darker and Edgier approach, with more realistic textures and darker themes, so this game has plenty of scary moments, to the point where The Subspace Emissary, the game's Adventure mode, has its own section on this page. 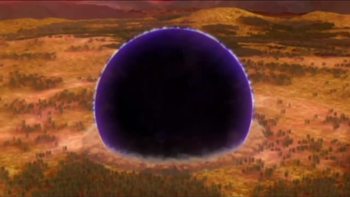 And another realm falls to Subspace.

Other modes and the overall game