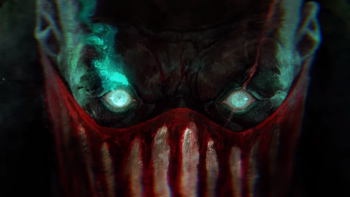 "You. You look familiar..."
Advertisement:

Runeterra, the world that League of Legends takes place in, is known for its colorful brightness. It is also known to have some creepy stuff...

As per page guidelines, all spoilers below are unmarked!