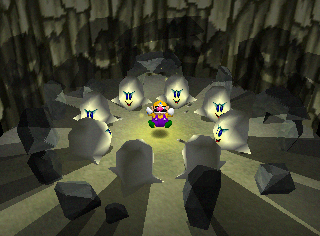 "Come play with us, Wario."note "OH MY GOD! WAAAAAAAAH!!!"
Sometimes Mario Party goes a little past wacky and fun party games into a more serious and ominous territory where the consequences of losing become much more dire.