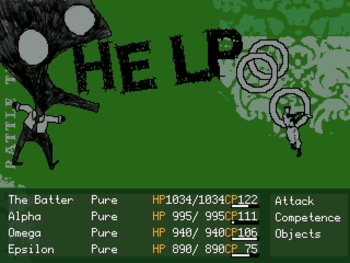 You can't help him.

Don't be fooled by its simple graphics, OFF has enough creep factor to make Anatidaephobia genuinely plausible.

Purified Zones
The Room
Meta / Other