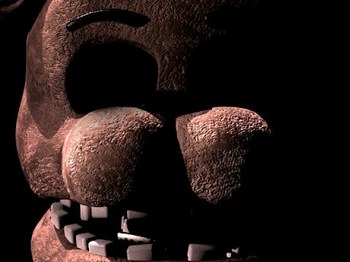 You can't SAVE THEM
With copious amounts of Paranoia Fuel, jump scares, Fridge Horror, and an overwhelming sense of ambiguity that only serves to make things even more terrifying, Five Nights at Freddy's 2 is well on its way to outdoing its predecessor in the
Advertisement:
fright department.
Ninety years without slumbering/His life seconds numbering/It stopp'd short — never to go again/When the old man died.