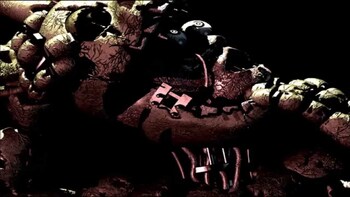 This time, you're in a Darker and Edgier horror attraction instead of a pizzeria. You'd better be ready, because Springtrap's still here with some surprises! Don't worry, Freddy's there too. Sort of.

He will come back. He always does.