Based on the Dark Horse's comic series with the same name, The Darkness tells the story of The Darkness, a creature 'old as time' that attached itself to a myriad of human hosts, giving them supernatural abilities such as Made of Iron and Healing Factor. However, it comes with a high cost. The power imbued upon the host will gradually increase their lust for power, and will destroy their own soul if they can't control The Darkness. Many had fallen for this curse, and now the current host for The Darkness is Jackie Estacado, a member of The Mafia that receives his 'gift' on his 21st birthday. Looks like things are going to get very, very ugly for Jackie. 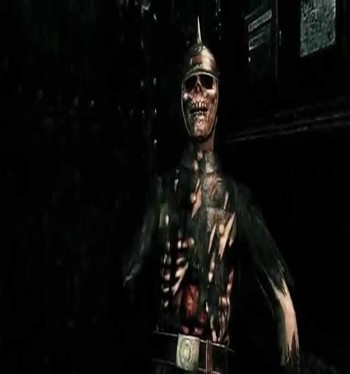