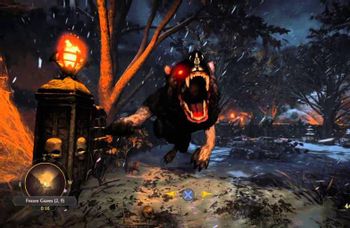 And now they can actually attack you!

Mortal Kombat 9 horrified players by being the bloodiest one yet. What they didn't know was that the following round of carnage would get even messier.

WARNING: As per Nightmare Fuel policy, all spoilers are unmarked!

open/close all folders
Fatalities
Mortal Kombat X is definitely a lot Bloodier and Gorier than 9, and what better way to demonstrate that than with the new range of Finishing Moves, some of which are just downright sadistic (they died about three moves back, you're just screwing with the corpse by the end). Not particularly helped by the incredibly gruesome sound design decisions. And, just for that extra shock value, for most of them the camera keeps focusing on the deceased opponent as they die the most Cruel and Unusual Death imaginable. Viewer discretion is most certainly advised...
Story Mode and comics