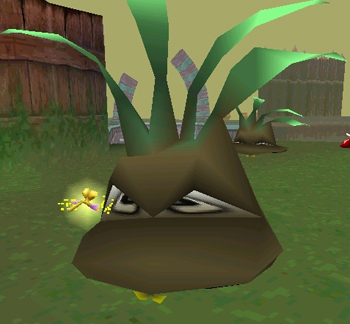 "Hm, so reptiles are tasty. That guy was right after all..."
Advertisement:

In true nineties’ fashion, Spyro the Dragon proves to have most of the Mascot with Attitude traits; among them, there’s the obligatory amount of spooky stuff thrown in for good measure.

Other instances outside the first trilogy itself