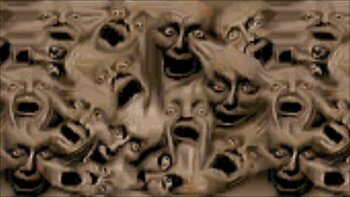 This isn’t gonna be pretty…
For games with their own pages, see:
Advertisement:
NOTICE: All spoilers will be unmarked, per wiki policy. Read ahead only at your own risk! You Have Been Warned.
open/close all folders
Doom and Doom II
The Movie

To win the game, you must kill me, John Romero