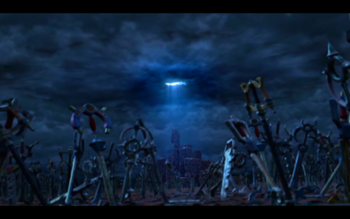 Nothing says "creepy" like a destroyed battleground full of Keyblades where countless warriors lost their lives in the ultimate battle.
Advertisement: